Happy National Women’s day to all the beautiful South African women! And what a perfect day for a public holiday, relaxing at home watching the Olympics!

​Don’t you just love the Olympics? Once every four years you can soak up all the talent like a sponge, in awe at what these athletes can achieve and how far their physical capabilities can stretch!

​
Although I am content watching any sport broadcasted at the time, I particularly enjoy watching gymnastics. Whether it is floor, balance beam, pommel horse or artistic gymnastics; all of these different styles have the ability to make me envious of their talents. What I am not jealous of, however, is the criticism they face.

I read a brilliant piece written by Jessica Samakow, the managing editor of HuffPost Voices, regarding the harsh criticism Shawn Johnson (pictures below), retired USA gymnast and Olympic gold medallist, faced at the previous Olympics. 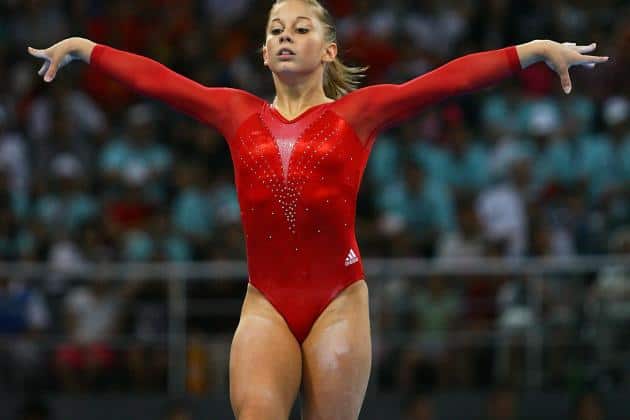 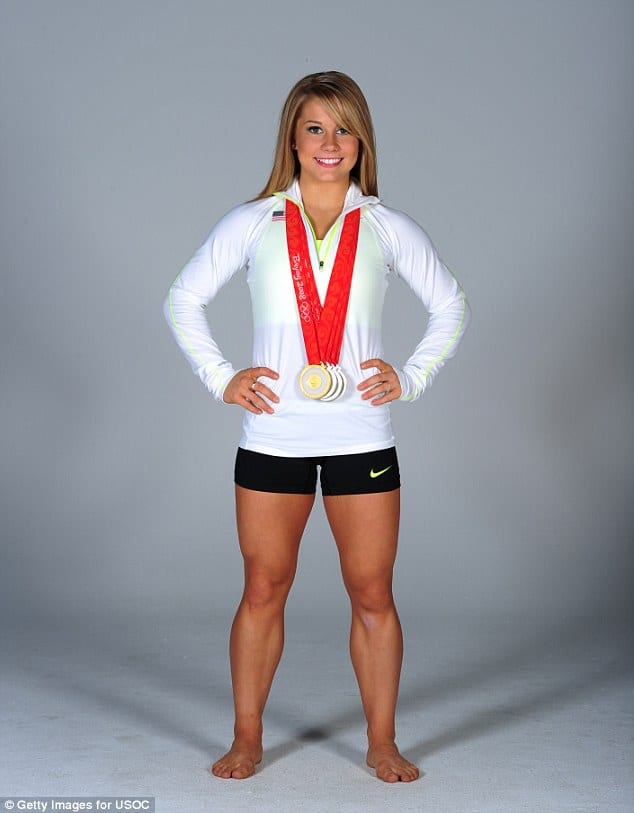 “A private study conducted by Dove found that six in 10 girls stop doing the things they love, including opting out of sports activities, because of anxiety surrounding their looks.”
– Shaun Johnson for Quartz

What hurt me the most reading the article was how somewhere along the line the public decided that they are allowed to comment on (good or bad) or make fun of another person’s appearance. And social media makes it that much easier; any coward can comment from the safety of their own home without a second thought of the receiver’s feelings. The effects of this can be detrimental!

Shawn Johnson, Olympic gold medallist, recalls being teased in elementary school because of her muscular build. This formed her, and numerous other young girls’, perception of what they are ‘supposed’ to look like.

Reading the comments on the article, my heart sank. Most comments are about people (mostly women) who gave up on their hopes and dreams because from a very young age, girls are told that they are not enough. They don’t fit the mould of a dancer, runner, hockey-player, etc.

Shawn mentioned that a study found that six in 10 girls stop doing the things they love, including opting out of sports activities, because of anxiety surrounding their appearance.

The harsh reality about these comments were that the things they were critiqued about, including Shawn at the Olympics, were things these women/girls could not change. And ultimately, our next Olympian can fall through the cracks due to the unfairly harsh critics.

“I remember always hearing that I had to be taller and leaner and more flexible and a lot of that was impossible,” she said. “I obviously can’t be taller. It was always in the back of my mind.” – Shawn Johnson.

These negative and snarky comments and small things people mention along the way tend to creep into your thoughts and start negative self-talk, which ruins you from the inside. Sometimes I think that if someone could read my thoughts, they would be shocked. Most women would never dare say to other women what they would say to themselves.

Out of the experiences of women being criticized for their appearance rather than their athletic abilities, this wonderful campaign #MyBeautyMySay was born, the message to the media reads, “When you focus on an athlete’s looks, you don’t see her at all,” and is followed by some of the disturbing comments made on social media regarding female athletes’ bodies.

This fact was also emphasized in this remarkable  video  by Cover the Athlete. When have you ever seen a male athlete being asked by a reporter to ‘give a twirl and tell about his outfit’? NEVER. But no-one blinked twice when the same question was asked to professional tennis player, Eugenie Bouchard. #CoverTheAthlete, female athletes deserve the same respect that their male counterparts receive.

“​All this is not to say the media has to go soft on female athletes. We can take criticism, just like our male peers. But if you’re going to tear me apart, tear apart my gymnastics. Tear apart the one thing that athletes can either defend or work on, that actually is part of our sport. But if we’re out on the field, don’t start commenting on the kind of makeup we’re using.”
– Shaun Johnson for Quartz

Relevance for me as a dietician

As a dietician, I see numerous people daily who have set this goal for themselves; lose 10 kg, gain muscle mass, reach 65kg or fit in ‘those jeans’.
And although I have all the means to help them achieve that goals, I first try to establish the reason why they want to do it. Because believe it or not; if you don’t love yourself with the weight, you will not love yourself without it. If you want to lose weight to fit the media’s mould of beauty, you will end up dissatisfied.

Choose to make a lifestyle change and choose healthier choices BECAUSE you love yourself, not the other way around.

Who decides what is norm beauty anyway? Be your best self! Be your own inspiration, don’t talk bad about yourself! You are the person you will be waking up to the rest of your life!!

So what do you think? Include #MyBeautyMySay and #CoverTheAthlete in your tweets.
Any comments or questions are welcome!

Lewis, A. ‘Your face looks like a bulldog’: Beauty company Dove asked women to write down their body flaws for new ad…and then paid actresses to repeat comments back to them. 2015. http://www.dailymail.co.uk/femail/article-3021912/Your-face-looks-like-bulldog-Beauty-company-Dove-asked-women-write-body-flaws-new-ad-paid-actresses-repeat-comments-them.html#ixzz4Gm7iWn00. Date of Access: 08/08/2016