Written by: Retha Booyens (Registered Dietician) When seeking to lose weight, every women’s magazine, lifestyle blogger and man on the street will be able to give you a whole list of relevant or irrelevant dietary advice. Or tell you to exercise more. It is a well-known fact that an increase in physical activity leads to weight loss. Currently, finding motivation to exercise is not a difficult task. Social media, ‘fitspiration’, crossfit-culture and popular fitness-icon’s like Kayla Itsines and Jillian Michaels are everywhere. The mathematical reason why exercise leads to weight loss is very basic, but easier said than done. More energy expended than energy intake leads to weight-loss.

The unit of measurement of food energy is kilojoule (kJ) or kilocalorie (kcal). 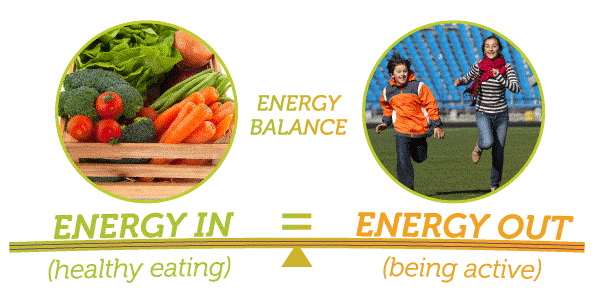 Studies have shown that when people start to increase their physical activity it is not generally accompanied by increases in energy intakes. But, when physical activity is reduced there is not generally an accompanying decrease in energy intakes.
But most of these studies were relatively short duration; more research of longer duration is needed to understand if energy intakes eventually adjust to the new levels of energy expenditure. The authors also found that there was often a short-term suppression of appetite during and immediately following high-intensity exercise but not after light or moderate intensity exercise.

Since the publication of the aforementioned review, a number of other experimental trials2 have been published on the relationship between exercise-induced increases in energy expenditure and intake.
Investigators divided 23 healthy, normal weight, men into categories of habitual non-exerciser, habitual moderate exerciser and habitual high-exerciser.  Subjects ingested either a 600kcal or 240kcal liquid meal and then were presented with a buffet one hour later.

The authors concluded that the habitual exercisers were better able to compensate for their previous consumption of excess calories. Although it was not known if this was due to greater sensitivity in satiety signals, hunger signals or some other mechanism. 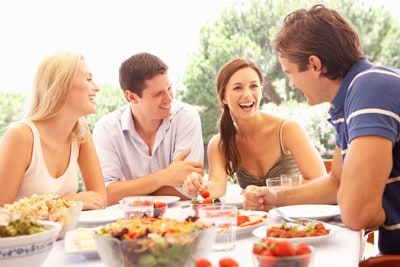 Image source: http://www.radioone.fm/wp-content/uploads/2015/10/CouplesEatingHealthyOutside-r.jpg
In a cohort study3, 29 healthy, sedentary, normal weight, young men and women underwent a six-week moderate intensity exercise program. Both before and after the six weeks, participants also ingested a high energy (607 kcal) or low energy (246 kcal) milkshakes (referred to as preloads) one hour before a buffet style meal. After the lower-energy preload, the energy intake at the buffet was similar before and after the six weeks.  However, compared to before the exercise program, the energy intake at the buffet meal was lower after the higher-energy pre-load than before the program. The authors concluded this small effect was evidence of an improvement in appetite control following six weeks of exercise training. This might explain why numerous endeavours of sedentary people who start to exercise with the intention to lose weight end up failing. The ability to control energy intake with regards to energy expenditure comes with regular habitual exercising and not only exercising only. It has been theorized that regular exercise may aid in weight control via:

Take home points from this: 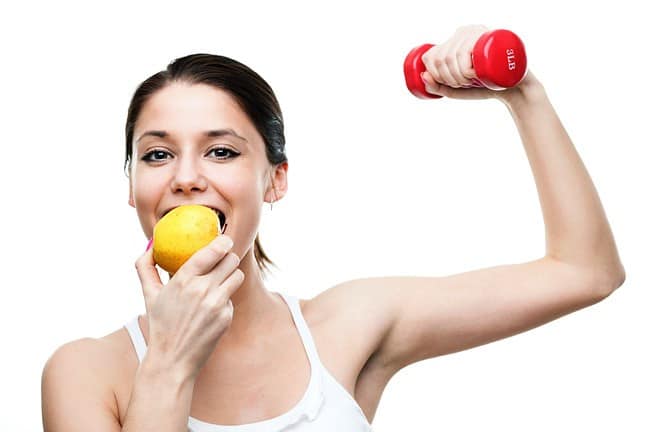